Understanding the ear and how it works

Having a confirmed diagnosis of hearing loss can be difficult and accompanied by feelings of anxiety and hopelessness. Getting appropriate information about the ear and hearing loss are important steps towards acceptance and potential treatments. It is also important to consult with a healthcare provider to obtain as much information regarding a diagnosis in order to clear misconceptions and support optimal outcomes.

The following article provides an overview of the structure of the ear and how it works.

The ear consists of three distinct sections, namely the external ear, the middle ear and the inner ear.

The external ear, also known as the outer ear, consists of the auricle, which includes the portions of the ear that are visible from the outside. The auricle consists of various parts and curves, which mainly assist in directing incoming sound waves through the ear canal.

When sound waves reach the eardrum, scientifically known as the tympanic membrane, a vibration is created, which passes along the three small hearing bones that are housed in the middle ear. The collective name for these bones are auditory ossicles and they are specially designed to direct and amplify the incoming sound signal as it gets transferred into the inner ear.

The inner ear consists of the main centre of hearing, the cochlea, vestibular apparatus (also known as the balance organ), and the nerves responsible for transmitting the signal to the brain.

When sound enters the cochlea it moves through liquid that in turn activates different portions of the cochlea to pick up sounds. This process can be explained by playing different keys on a piano. There are hair cells in our cochlea that are laid out like the keys of a piano, ranging from low frequencies, at the apex of the cochlea, to high frequencies at its base. When a sound signal travels to the cochlea and activates the different portions, the signal is sent to the brain that makes sense of what is being heard.

Other forms of hearing loss may involve the inadequate processing of sound signals after they have reached the level of the brain, which is known as a central auditory processing disorder and can be considered a “listening difficulty” rather than a hearing loss.

Knowing how the ear works is the first step to a broader understanding to ensure appropriate ear management and care. 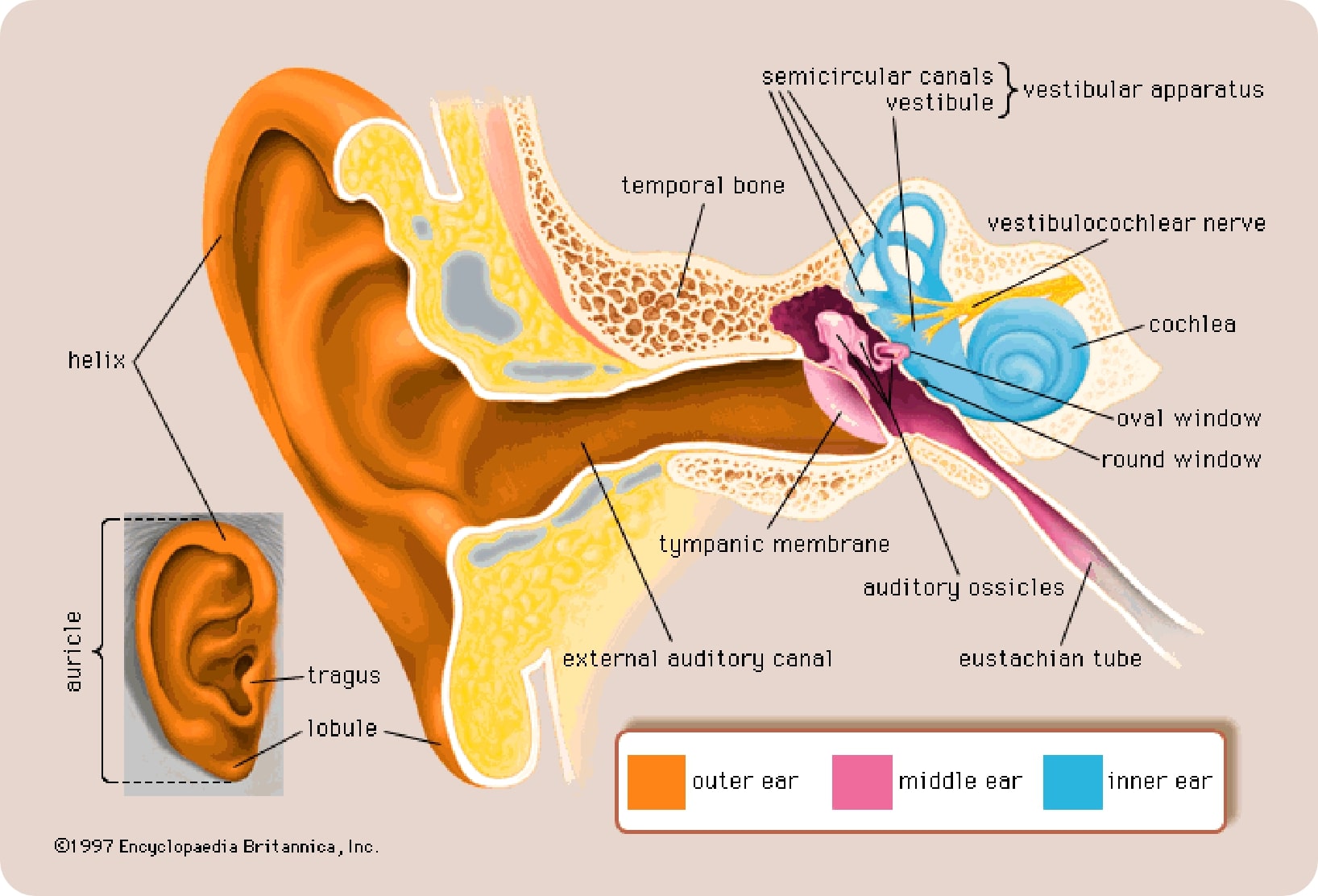