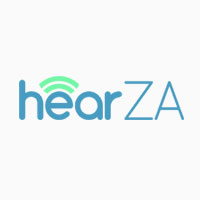 “Hear the Future” is the theme for this year’s World Hearing Day on 3 March 2018 and all South Africans are encouraged to take a free hearing test using the hearZA® Smartphone App.

hearZA® was launched on World Hearing Day 2016 as part of a World Health Organization (WHO) initiative highlighting hearing loss as the most common chronic disability. It is a world first clinically valid hearing test on a smartphone in under 3 minutes.

Called a silent epidemic, hearing loss affects 1 in 7 persons annually. Left untreated, it has pervasive and far reaching effects on development in children including speech, language, cognition and socio-emotional well-being and is of the major barriers to educational success. In adults its effects include social isolation, increased depression and cognitive decline with a threefold increased risk of dementia. The World Health Organization estimates that hearing loss leads to a $750 billion annual global economic cost.

The App provides every South African with the opportunity to screen their hearing and to know their hearing status. hearZA®’s vision is early detection and linkage to care as the key to eliminate avoidable hearing loss. The App, developed and clinically validated by the University of Pretoria, provides every user with three test credits. To date we’ve tested more than 35 036 South Africans, identified 11 323 with hearing loss and have linked close to 1661 to their closest hearing health providers.

Available on any iOS or Android device, the App is accessible to everyone in South Africa. It is simple and easy to use with any headphones and you will know your accurate results in 3 minutes! If a problem is detected, the App links people to their closest hearing health providers based on geolocation in partnership with the South African Audiology Association and South African Speech, Language and Hearing Association.

For this year’s World Hearing Day on 3 March 2018, our campaign focusses on increasing awareness around the importance of healthy hearing and to know your hearing status. The campaign includes a variety of activities on traditional radio stations, digital and social media channels. This World Hearing Day the hearZA® App is helping South Africans “Hear the Future” while working towards our continued vision of healthy hearing for everyone, everywhere.