×
Cholesteatoma: Not just bad skin behind the eardrum.

Why does a cholesteatoma cause so much trouble…it’s only a ball of skin! This is a really good question…and YES it does cause significant problems if left untreated. The ultimate problem is that the lining of the middle ear space behind the eardrum should not contain skin.

Broadly speaking, cholesteatoma is either present from birth (congenital) and found behind an intact eardrum (tympanic membrane) in the middle ear, or is acquired, often as a result of long-lasting (chronic) negative pressure behind the eardrum drawing part of the eardrum inwards to create a pocket. This pocket (retraction) may continue to grow and if it stops cleaning itself, it fills with the skin cells that line the outside of the eardrum. If this skin ball (keratinizing squamous epithelium) breaks through (perforates) the retraction pocket it forms a cholesteatoma in the middle ear. Rarely, cholesteatomas form due to skin cells being inadvertently seeded (trapped) behind the eardrum during ear surgery.

Cholesteatomas may continue to enlarge if untreated and can lead to damage (erosion) of the chain of bones carrying the coded sound signal from the eardrum to the hearing organ in the inner ear (cochlea). This causes a type of hearing loss called a conductive hearing loss (CHL). Cholesteatomas may also cause long-lasting or frequent (recurrent) ear infections with smelly discharge from the ear. As well as eroding the tiny bones of hearing in the middle ear, a cholesteatoma can erode the bone covering the facial nerve, hearing & balance organs causing temporary or permanent weakness of the muscles of the face (facial nerve palsy), sensorineural hearing loss (SNHL) or dizziness, respectively. Unlike CHL, SNHL is permanent and is caused by damage to the cells in the inner ear responsible for sensing the coded sound signal arriving from the middle ear, and generating a corresponding electrical signal in the pathway of nerves carrying this message to the brain. Rarely, the bone dividing the middle ear from the inside of the skull (intracranial cavity) can be eroded and the cholesteatoma can extend further inside the head.

The serious problems that cholesteatoma can cause mean that arguably the most important action is to diagnose the problem early, so that the surgeon has the best chance of removing it completely, without complications, and with the best chance of preserving or restoring useable hearing. The potential complications associated with surgery to remove a cholesteatoma are essentially the same as the risks of having a cholesteatoma, the difference being that the risk is controlled during surgery, as opposed to uncontrolled if left untreated. However, management doesn’t end with diagnosis and surgical removal. Cholesteatoma can come back, and therefore it is important that the surgeon monitors the ear for a few years. 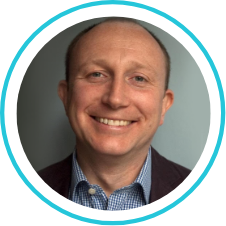